Martha Wallace on What It Means to Be an ‘Incidental Poet’

The food memoir author whose quasi cookbook has been touted ‘a mouthwatering read’, said she didn’t know she liked creative writing until well into adulthood.

In high school, she discovered journalism, which appealed to her enough to return to it many decades later — but up until college, Martha did not consider herself to be, as she put it, ‘an ink slinger’.

“I was a return to college student, majoring in journalism at Georgia State Perimeter College. Then I attended and graduated from Agnes Scott College,” said Martha.

On these campuses, a poet was born.

Writing scenes about her own life, is where Martha particularly shines. She grew up in Cleveland, Ohio and often uses memories of her grandparents’ home as fodder for storytelling.

‘Will’s House’, a poem about her grandparents’ garden and the delicious food they reaped from the earth, is one of the best in Martha’s collection.

“My story begins on Grandpa’s front porch,” she said, “my grandma stubbornly refusing to share the family recipe for chow-chow.”

“I enjoyed reading poetry from time to time, I had never really delved into writing it. The first writing prompt my professor gave me, I was lost. I didn’t think I had a creative writing bone in my body.”

That changed when she thumbed through old journals, written for her own pleasure. Once she decided they weren’t so sacred, she couldn’t possibly share them with strangers, Martha’s life changed.

She had fans! People couldn’t wait to see the world from her kind, brown eyes.

Some of what she writes about is sad, disturbing — some of it’s funny and warm. No matter what it is, it’s easy to gobble up.

“Once I had completed the class, I was hooked. I would go out, with a notepad in my pocket, and when I starting writing about my life and everything in it, I fell in love with living, especially travel,” she said.

Martha’s culinary experiences in Ghana and Spain are a vibrant part of the tapestry in her food memoir, ‘A Sampling of Life One Taste at a Time’.

She said Swallow Publishing is pressing her to write another memoir, or true story from her searingly vivid, poignant, and delicious life.

Here’s an incidental poet’s offering for the first day of National Poetry Month. It’s based on the true (and disturbing) story of someone she knew. 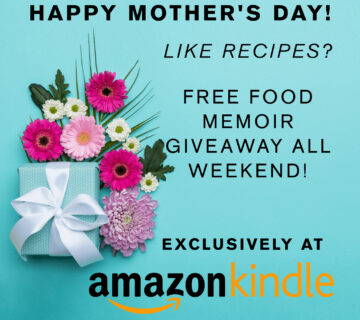 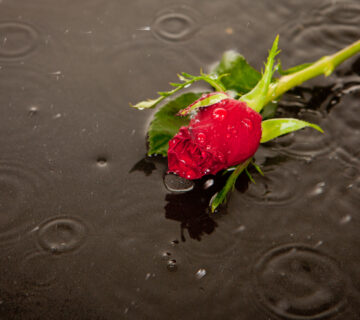 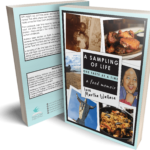 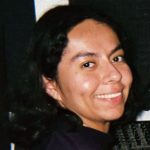 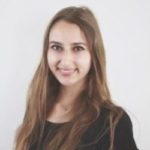 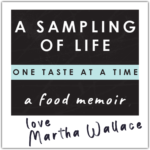 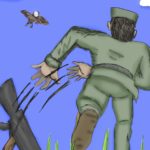 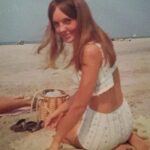 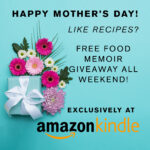 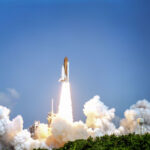