At midnight on Wednesday, March 25, 2020, we closed submissions to Humans in the Wild: Reactions to a Gun Loving Country. For nearly six months, your poetry, prose, art and personal essays have moved, entertained and fundamentally changed me – the sole editor on what has proved to be a massive project.

Even in the midst of COVID-19 your work poured in, proving that an epidemic of senseless gun violence has not escaped you, and that you remain committed to doing your part to help eradicate it.

All of you turned your pain into art, and ultimately action by naming the charities you want your $50 to go toward, explaining the reasons why these nonprofits are close to your hearts. The charities you named are as varied as your work, though many of you wish to contribute to the better known ones that have, with each tragedy, unfortunately become household words.

I received over 600 entries from people around the world.

The fact this project garnered a bigger response than I, or my sponsor, Mythic Picnic could ever have anticipated, is a good problem to have; still, it’s made my job tougher– especially given the fact, every single entry I’ve received – and this is no exaggeration – was good.

I had thought I could cull through your entries and get back to everyone by April 1, but I’m going to need more time. The 30 authors chosen for Humans in the Wild will be notified by email between mid or end of April, with Mythic Picnic pledging to get everyone paid before we go to print in the fall.

The task ahead is not so much picking the best 30 pieces to showcase in the anthology, but to pick the works that blend well together, and show the many faces of gun violence, from domestic abuse, to mass shootings, to hunting accidents, suicides, ego, vanity or simply a lack of training.

I’ll forward the best representations of these categories to flash fiction author Kathy Fish, whose poem: Collective Nouns for Humans in the Wild started all this. She’ll have time to write the forward, I hope – or maybe, she’ll have to delegate this to me, which I would welcome.

I’m so very proud of the collection all of you helped me build. I’ll post the writers chosen here no later than May 1.

Thank you, and much love to you all! 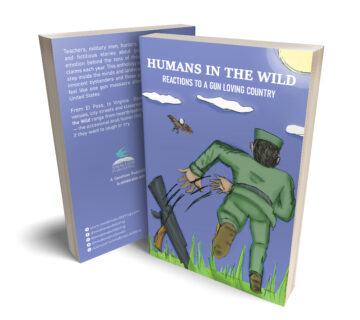 It’s Here! Come Be a Human…in the Wild! 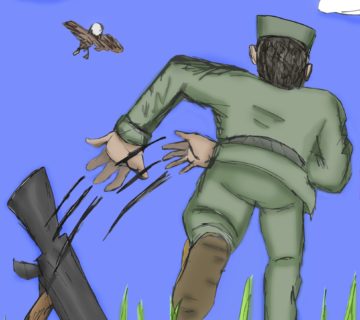 Call for Submissions: Poetry, Short Essays, Fiction, and Art by those affected by gun violence.